After a simple transformation, UV-LED lamps can effectively kill the new coronavirus?

Ultraviolet (UV) light has previously been identified as a useful method of disinfection and has been shown to be effective in inactivating a wide variety of microorganisms. The advent of UV light-emitting diodes offers the advantage of easy disinfection, as germicidal UV light can be provided using the same lighting units that provide standard white light to illuminate a room.

Scientists at the University of Toronto's Scarborough campus have demonstrated the effectiveness and feasibility of UV light-emitting diodes as a means of purification by inactivating two different virus models: human coronavirus 229E and human immunodeficiency virus (HIV). Alternate between white light and germicidal ultraviolet (UV) light. With inexpensive retrofits, they can also be used in many standard lighting fixtures, bringing a "unique appeal" to public spaces, said Christina Guzzo, senior author of the study. 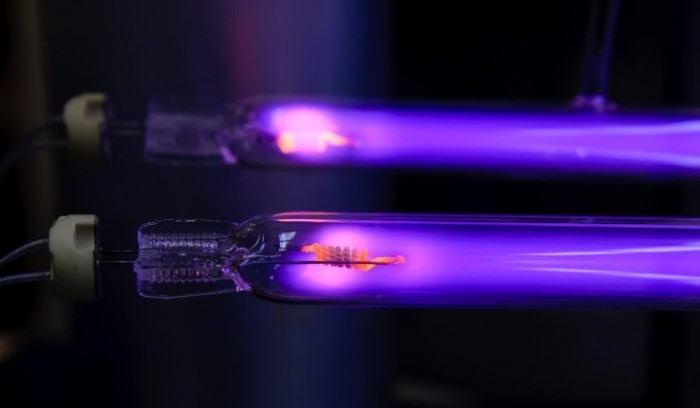 "We're at a critical juncture where we need to use every possible stop to get us out of this pandemic," said Guzzo, an associate professor in the school's Department of Biological Sciences. "Every mitigation strategy that can be easily implemented should be used."

UV lamps kill viruses through radiation. Along with doctoral students Arvin T. Persaud and Jonathan Burnie, Guzzo first tested the lamp on bacterial spores known for their resistance to this radiation, known as Bacillus pumilus spores.

"If you can kill these spores, then you can reasonably say that you should be able to kill most other viruses that you regularly encounter in the environment," Guzzo said.

Within 20 seconds of UV exposure, spore growth decreased by 99 percent.

The researchers then created droplets containing the coronavirus or HIV to simulate the typical way people encounter the virus in public, such as from coughing and sneezing. The droplets were then exposed to UV light and placed in a culture to see if any virus remained active. After just 30 seconds of exposure, the virus's ability to infect was reduced by 93 percent. 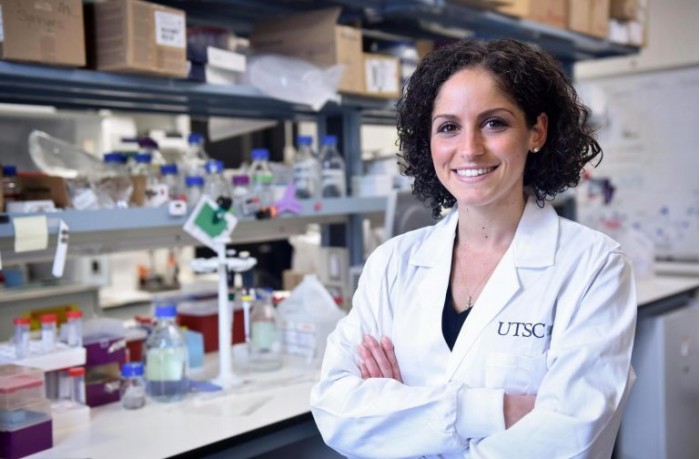 When testing different concentrations of the virus, they found that samples with more viral particles were more resistant to UV light. But even with such a high viral load (which Guzzo called a "worst-case scenario"), infectivity dropped by 88%.

Although not included in the study, Guzzo and her students also compared UV light to two heavy-duty disinfectants used in the lab study. They found that the lights had a similar effect in their ability to inactivate the virus.

While the lights still keep a small percentage of the virus alive, Guzzo referred to the "Swiss cheese model" of defense against COVID. Every strategy to combat the spread has its loopholes, but each layer is another opportunity to stop stray virus particles.

Repeated exposure to UV light is the key to catching these missing particles -- luckily, it's as easy as flipping a switch. Replacing a light bulb is also simpler than changing an air filtration system. Guzzo noted that UV-LED lamps are inexpensive, can be easily retrofitted into existing fixtures, and the bulbs have a long lifespan and are simple to maintain.

These lights also benefit from automation. Standardized doses of germicide are delivered every time, and the process of wiping down spaces with disinfectant has the potential for human error. Chemicals and waste from these disinfectants also end up in watersheds and landfills as a result of washing hands and throwing away rags.

But lights aren't harmless, and there's a reason for sunscreen and sunglasses -- UV radiation damages nucleic acids, and repeated, prolonged exposure is harmful. That's why Guzzo says these lights should be used when public spaces are empty, such as when vacant buses have completed their routes, or when no elevators are being used. The handrails of escalators can be continuously sanitized by placing UV lamps in the underground section of the track, cleaning them on every rotation.

Safe Antivirus Technologies, a Toronto-based startup doing research in collaboration with Guzzo, is developing unique UV-LED lighting modules. With motion sensors, the lights automatically switch to UV light when no one is in the room, then switch back to normal light when there is movement.

The study, published in the Journal of Virology, highlights UV-LED lights as a tool that could be used after a pandemic, ideally to help prevent another.

Samsung to triple production capacity by 2026 amid rising demand